The Most Charming Palace I have Seen so far…. 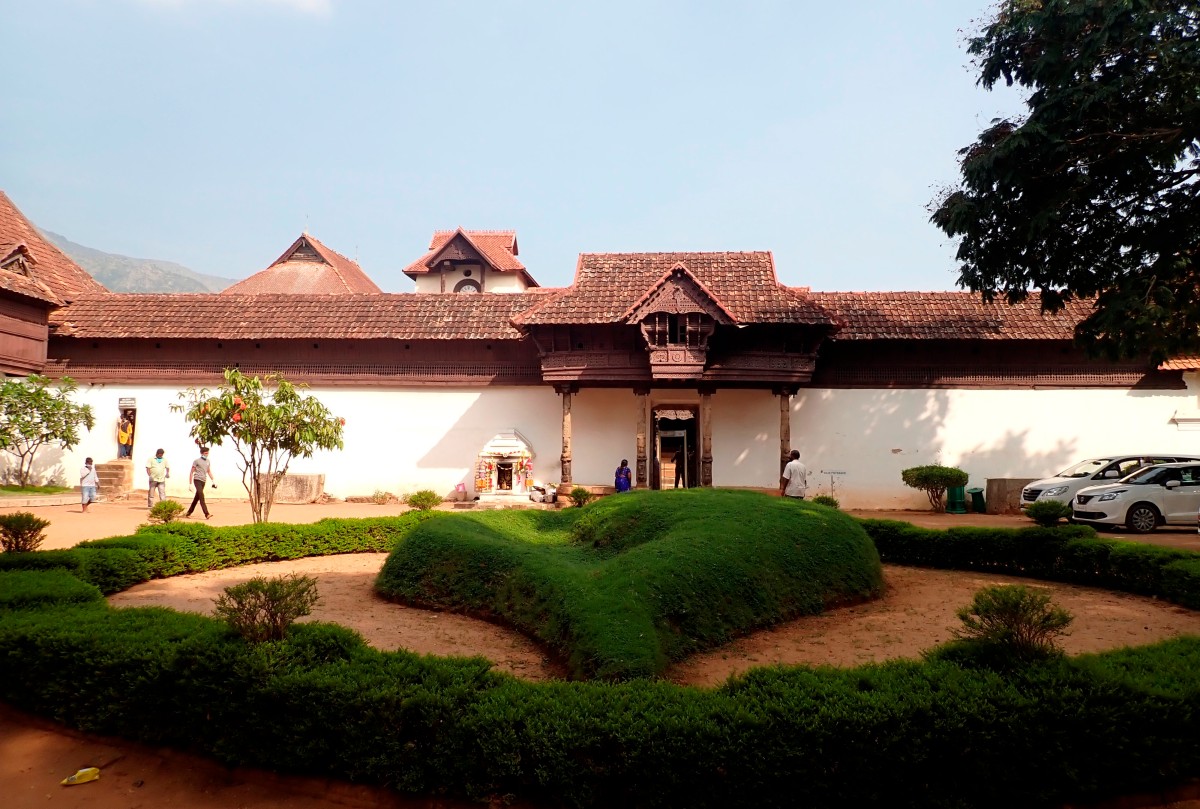 “Seems like some kind of natural air-conditioning in here!”, exclaimed my sister. It indeed felt cool inside. Surely, it’s got something to do with the way this place was constructed ages ago.

We were at Padmanabhapuram Palace, located about 30 Km. away from Kanyakumari at a place, known as Thuckalay. Built in the 16th century, this palace is situated in the state of Tamil Nadu, however, it remains under the administration of the Government of Kerala. The wooden palace, in its typical Kerala architectural style, is a masterpiece that left us completely spellbound. Once again, all thanks to fellow blogger Sugan for having recommended this place.

The unusualness of the palace is what charmed us the most. It was very different from all the palaces I have seen so far. It lacked the glam and glitter that one would expect of a palace but was majestic in its simplicity and intricacies. Some highlights from the palace are, elaborately detailed rosewood and teak wood carvings, exquisitely carved wooden columns, huge earthen urns, jackfruit tree columns, multi-colored windowpanes of various patterns, spacious hallways, ornately carved wooden ceilings, and so on.

There were different artistic representations of the Lotus flower, the favourite flower of the royalty (and also of Lord Padmanabhaswamy). The floors of the palace wore a unique look. It was glossy, smooth and of shining black colour. This is apparently the result of a unique combination of egg shells, lime, coconut, charcoal, river sand, and jaggery that was used in the raw material.

Padmanabhapuram was the capital city of the erstwhile kingdom of Travancore, the rulers of which were dedicated to Lord Padmanabhaswamy (another name of Lord Vishnu) and considered themselves to be servants of the Lord.

The Covid protocols were very strict here. We had to buy gloves from the shops outside, which were selling only woolen gloves. That was no fun on a hot and sultry afternoon, with a temperature of nearly 30 degree centigrade. The palace was crowded with tourists, but all were locals. We stood out in how we looked and the clothes we wore, leading to us being mobbed by a gang of local people. The gang of 20-25 people followed us everywhere and wanted pictures with us every now and then. They meant no harm and we did indulge them initially but after a point their intrusion managed to irritate us enough and more.

Here’s a visual tour of some sections of the palace.