“We’ll leave at dawn”, announced my brother-in-law (BIL) in his usual style as we were getting done with dinner. BIL and I are partners in crime when it comes to exploring nature and have our tiny little adventures each time we meet in my hometown, Shillong. This time we were at Guwahati, about 100 Km. away from Shillong as I had accompanied them – BIL and cousin sister – for some work they had in the city.

Whenever in Guwahati, BIL never misses an opportunity to visit Deepor Beel, which is quite understandable given his hobby of bird watching and bird photographing. It was my demand that he takes me along sometime, which he was acceding this time.

I was up before dawn. The anticipation and excitement of going for an early morning drive was incentive enough to get me out of the laziness of a cozy bed on a chilly December morning. It was Christmas Eve and the dip in temperature was as expected.

Soon we set off towards our destination, which was a good 45 minutes away. We drove along the well tarred road with easily navigable twists and turns, chit-chatting in the warm coziness of the car accompanied by a light music in the background. The darkness of the night was gradually fading away with the sun peeping in the horizon spreading its soft and warm glow.

A perfect start to the morning it was!

Located in the south western part of Guwahati city, Deepor Beel is a freshwater lake that is surrounded by highlands on the northern and southern side. The word beel means lake in the local Assamese language while dipa means elephant in one of the indigenous dialects. So, Deepor Beel literally translates as Lake of Elephants.

With a total area of 40 sq.km, it is considered to be the largest lake in Brahmaputra Valley and is fed by Kalmani and Basistha Rivers. A part of the lake has been declared as a wildlife Sanctuary and that is where we were headed that morning.

As we drove along, I noticed the lake making its appearance on the right side of the road illuminated by the soft rays of the morning sun. We parked the car and stepped out when I noticed a railway track right in front of us just on the other side of the road. So focused I was on the lake that I hadn’t noticed the railway line until now.

I wondered just how nice it would be to see a train pass by and instantaneously, as if by magic, along came a train chugging away. Taken by sheer delight, BIL and I cheerfully waved at the passengers and made our way towards the lake.

The beel is a natural habitat to many varieties of birds and aquatic vegetation like water hyacinth, aquatic grasses, water lilies and other submerged and floating vegetation. On the entrance was a signboard that mentioned about the lake providing direct and indirect livelihood to fourteen indigenous villages comprising of about 1,200 families that are located in its precincts. Woah! Quite a number I thought!

Another signboard mentioned about this being an elephant corridor making me wish to see a herd pass by right then, which sadly didn’t happen.

At the lake, I stared at the vast expanse of water trying to figure out if I could see land at the horizon; I watched the fishermen diligently cast their nets every now and then, wondering what kind of fishes they were catching; I followed BIL trying to make sense of the various birds he was photographing while he tried explaining some of the species to me; and most of all I enjoyed the peace and quiet of the early morning hour with nobody other than the two of us.

With our Christmas Eve started right, we soon headed back home where my sister greeted us with warm tea and hot breakfast.

Leaving you with pictures of Kites, Swallows, and Herons that BIL clicked that day. 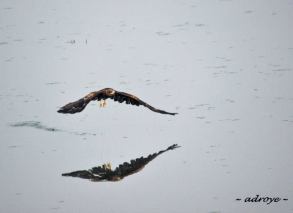 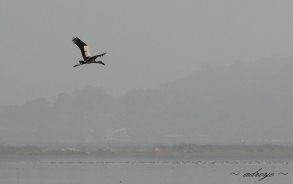